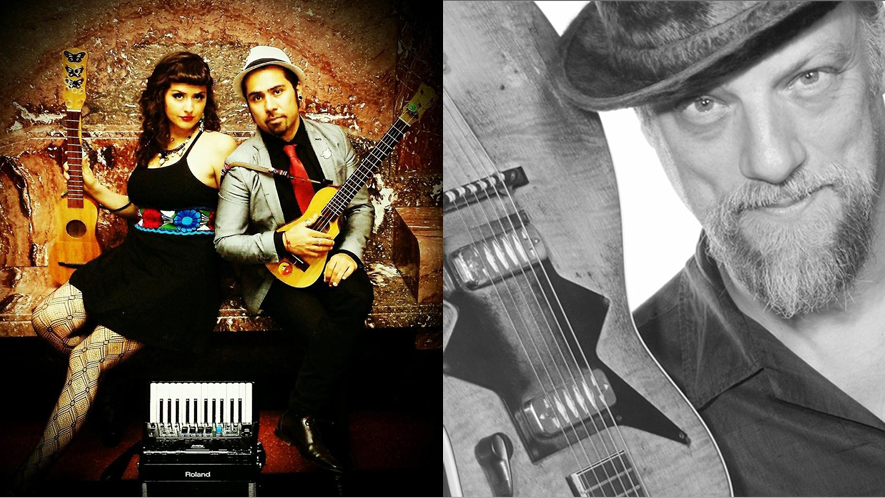 Son Monarcas is a Chicago-based ensemble of musicians who are well-versed in the Afro-Mestizo genres of Mexican folk music as well as other world music genres having lived in the cultural melting pot that is the Windy City. They blend the traditional with the contemporary by creating original arrangements while retaining the foundation of the traditional style. Some of their original compositions and interpretations include the accordion, which adds a Roma flair to their authentic Mexican roots.

Their performances also showcase the various languages spoken in the Americas — from the timeless sones of Mexico and the elegant tangos of Argentina to the languid sounds of Brazil’s bossa nova. Son Monarcas takes listeners on a musical migration from the United States to far corners of South America

Paul Cebar Tomorrow Sound brings forth a funky, lyrically charged racket that is explosive yet intimate. Taking cues from the dance bands of western Louisiana (and his native Midwest,), the streets (and 45s) of New Orleans, touring African and Caribbean combos, and the soul, funk and blues of his youth, Paul Cebar is a masterful synthesist of rhythmic culture.

Cebar’s time spent in his second home of New Orleans, as a musicologist in Florida, and as a journeyman wanderer in Cuba is reflected in his musical worldview. At the core is gifted songwriting, and the company Paul keeps bears it out; Bonnie Raitt, Nick Lowe, Chris Smither, John Hiatt, and Cesar Rosas are among his friends and admirers.