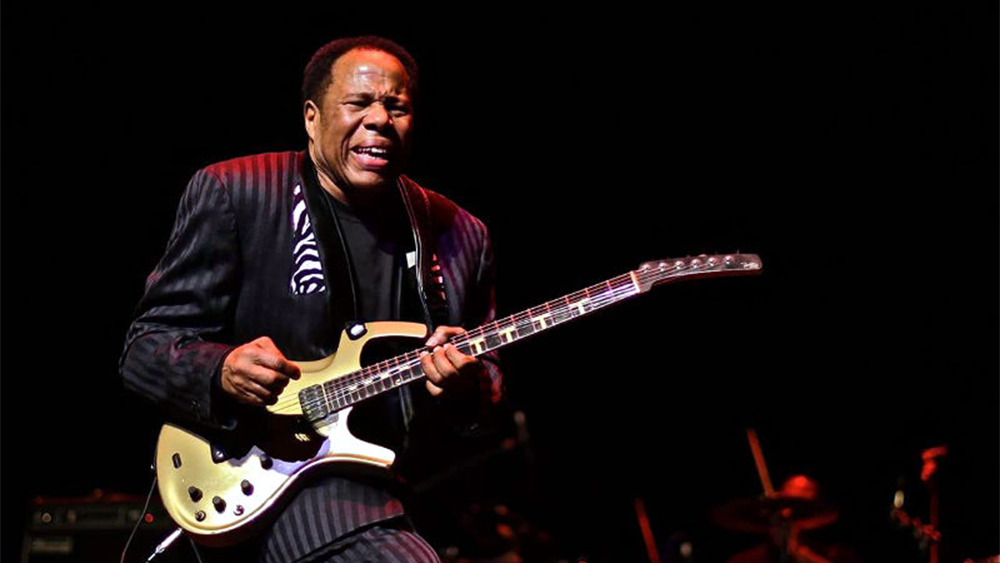 Heralded as ‘a blues legend in his own time,’ master guitarist Tee Dee Young is a force to be reckoned with, known for his dynamic stage presence and exciting live shows that will put you in the mood for dancing. Born in Lexington, Ky., Young grew up surrounded by the blues and gospel and began writing and performing music early in life. He formed his own band at age 14, playing in basements and at private parties. By the time he was 20, Young graduated to legendary venues like the Cotton Club in New York City and Kingston Mines in Chicago. Young is noted for his unique approach to playing the blues that he describes as “firing down on that guitar,” creating striking tones and melodies that remain authentic to the genre without bending to current industry trends. Young writes and performs his own music but also incorporates covers of other artists infused with his distinctive fire. Today, he operates a blues club named Tee-Dee’s Lounge in Lexington, Ky., where his love for pleasing his audience and high-energy performances keep fans coming back for more.

Young and his band were named 2011’s Best Blues Band in Kentucky by the Blues Society Bowling Green, the 2011 King of Beale Street Blues and the Best Blues Artist at the Lexington Music Awards for two consecutive years (2015, 2016). Young has thrilled audiences across the nation, including a 2013 performance at Levitt SteelStacks in Bethlehem, Pa., and throughout Europe. He has performed with and opened for renowned artists like James Brown, Johnny Rawls, Ike and Tina Turner, Guitar Shorty and Al Green.

Bek and the Starlight Revue