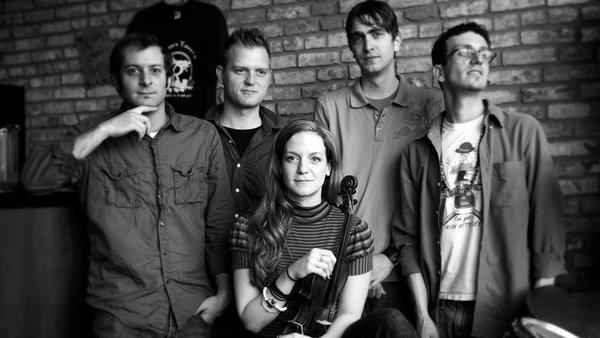 The Bloody Tinth, named after the all-Irish regiment in the Civil War, incorporates Celtic music, instrumentation and themes into a rock music context. The band combines traditional Irish instruments with rock rhythms to produce music that is equally mania and passion, melancholy and romance. “The Bloody Tinth” refers to Cincinnati’s Irish boys who volunteered at the start of the American Civil War. Upon arrival home they were nicknamed “The Bloody Tinth” for their bravery and ferocity. In 2009, The Bloody Tinth was reborn in the form of a young band that features the best of the Irish tradition cooked over an open American fire, with Celtic-influenced American music.