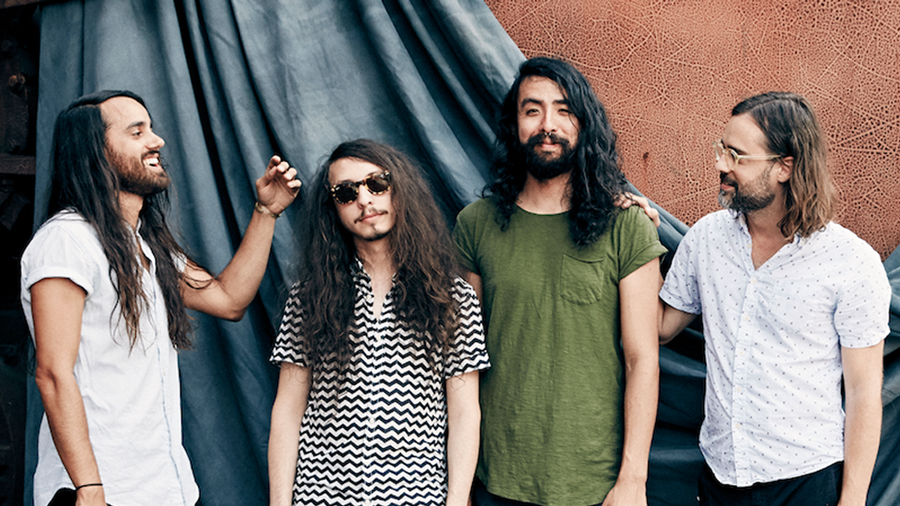 The Bright Light Social Hour is redefining southern rock with psychedelia-inspired riffs, bombastic rhythms, and ethereal lyrics that paint a vision of a ‘future south.’ The self-described ‘ostensibly southern’ group formed in 2004 while studying at Southwestern University outside of Austin, Texas, and released their debut full-length eponymous album in 2010. The band lays down a foundation of traditional southern elements of rock ’n’ roll, soul and blues that they build upon with the progressive sounds of house music, techno and psychedelic rock. The result: music that sounds familiar while delivering a unique edge. The Bright Light Social Hour have grown a reputation for visceral live shows that get concertgoers moving to the music.

The Bright Light Social Hour’s groove-worthy music and reputation for high-energy performances has brought them to the stages of such prominent festivals across the country as Lollapalooza in Chicago, Austin City Limits Music Festival in Texas, Sasquatch! Music Festival in Geroge, Wash., Hangout Music Festival in Gulf Shores, Ala., and Wakarusa Music Festival in Lawrence, Kans. The group opened for Aerosmith in 2012 and have since toured alongside acts including Dr. Dog, Edward Sharpe and the Magnetic Zeroes, and Galactic. Their song “Ghost Dance” off their 2015 album Space is Still the Place has been featured in episodes of HBO’s “Vice Principals,” MTV’s “Teen Wolf” and Fox’s “Brooklyn Nine-Nine” as well as in the 2017 Terrence Malick film Song to Song. In 2017, The Bright Light Social Hour recorded the single “Harder Out Here” as the theme song for Bryan Cranston’s acclaimed Amazon Original Series “Sneaky Pete.”