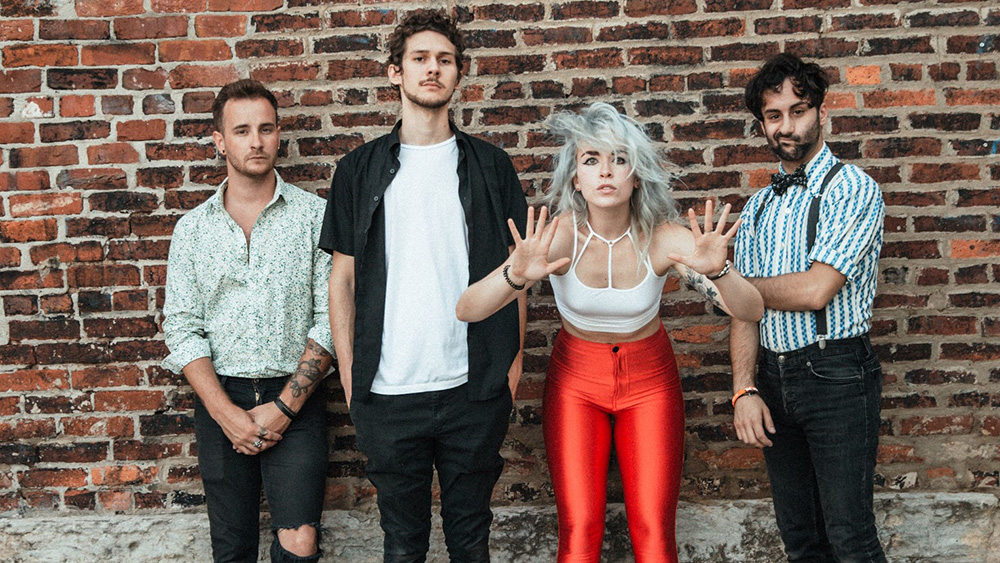 Get ready for a kinetic blast of new-wave glam, indie pop and dance music courtesy of Nashville rockers, The Foxies. The group’s roots stretch from the wide-open expanse of Arizona to the tangled urban jungle of New York City. The group was created by frontwoman Julia Lauren Bullock and features guitarist Jake Ohlbaum, bassist Kyle Talbot and drummer Rob Bodley. Combining the smart, dance-ready hooks and palpable energy of New York City greats like LCD Soundsystem and The Strokes, with the slick, neon-lit glamor of '80s rock, The Foxies are a classic four-piece outfit making music with one foot in the past and one firmly looking ahead.

Their unlikely but danceable combination of sensual vocals, grungy guitars, fat-bottomed beats and shimmering electronic hooks has captured nationwide attention already. With stand out slots at premier festivals including Sundance 2018, South by Southwest (SXSW) and Bonnaroo, it won’t be long until The Foxies become radio staples of alternative rock and pop. 2016’s Oblivion EP earned the band praise from Native magazine and Nashville's Lightning 100 radio, as well as inclusion on Volume 63 of NOW That's What I Call Music. Gearing up for more this year, their 2019 Battery EP showcases The Foxies’ irresistible brand sophisti-pop and rock that Levitt AMP audiences will soon get to enjoy.