The High and Mighty Brass Band 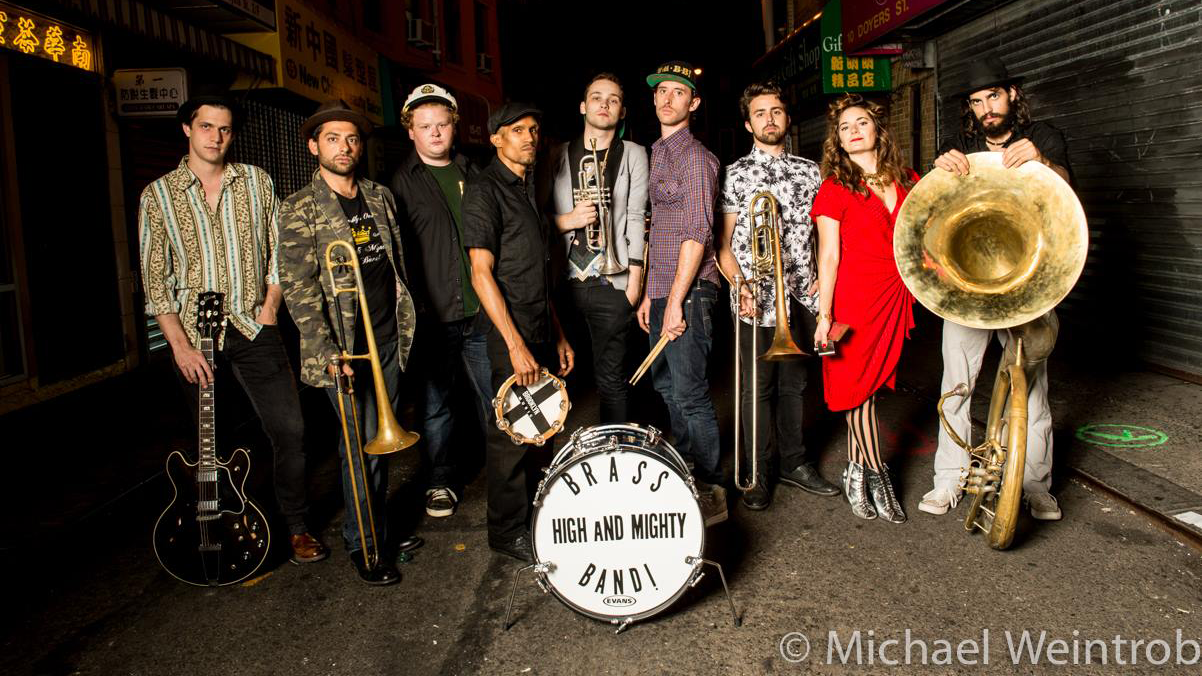 The fiercely entertaining live act captivates audiences with its high-energy and skillful brass playing as well as guitars and drums, which are atypical for traditional brass bands. The band was founded by drummer Evan Howard in 2009, a few years after he moved to New York to study jazz performance at the Manhattan School of Music. Since then they’ve performed at festivals including Bonnaroo and alongside the likes of Trombone Shorty, Fitz and the Tantrums, and Galactic, amassing countless fans along the way.