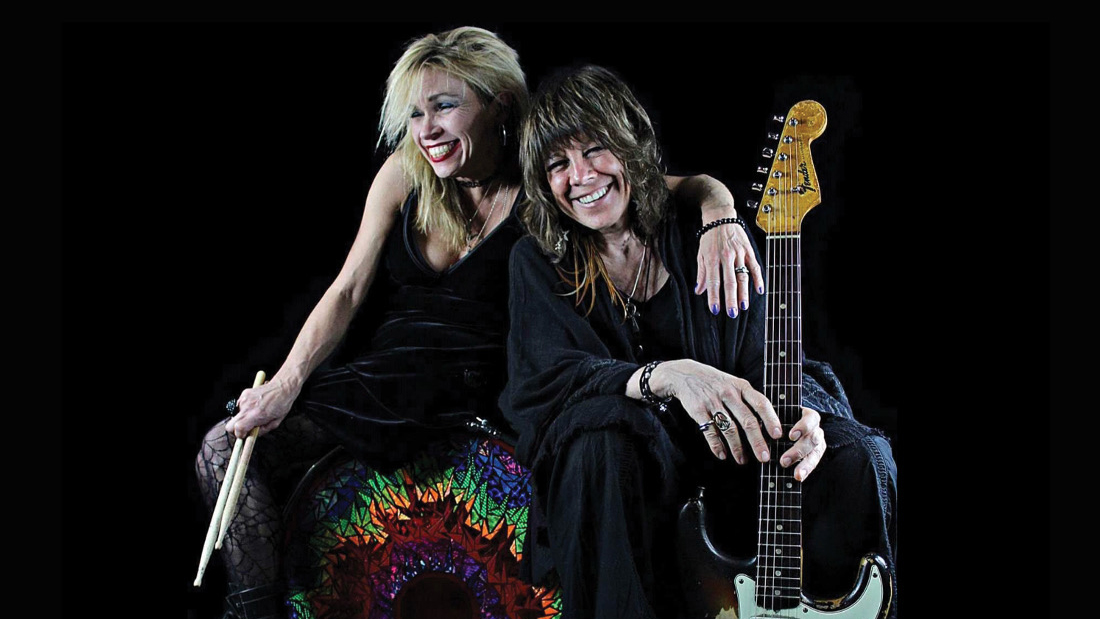 Combining the gritty guitar licks of “Queen of the Road Warriors” Kelly Richey with the thundering grooves of drummer Sherri McGee, The Spear Shakers are a chemistry-filled blues-rock female power duo. Inspired by legendary rock duos like The White Stripes, The Kills and the Black Keys, in 2018 Richey set out to form a hard-hitting musical force to be reckoned with. Described by Blues Highway as an artist who may be “the hardest-working recording artist in the business,” Richey has played over 4,000 shows, logged a mind-boggling one million road miles and released 16 albums on her private label, Sweet Lucy Records. McGee, often described as a cross between John Bonham and Patsy Cline, is an in-demand drummer who previously was a member of successful rock group Velvet Elvis. Together, the two women are unstoppable, with a style they describe as a psychedelic take on the White Stripes and a raw, electrifying attitude. Though the Spear Shakers’ most potent inspiration comes from other rock duos, the influences of Led Zeppelin, Jimi Hendrix and Janis Joplin can also be felt in their powerful sound.

The Spear Shakers have just finished their first release featuring three songs, which they are currently performing around the U.S. They have earned praise from publications like Pulse Music, LA Music Critic and Rockwired, who calls them “one hell of a spirited rock duo, bringing some much-needed revelry and recklessness to blues rock.”