The Accidentals and Radio Free Honduras 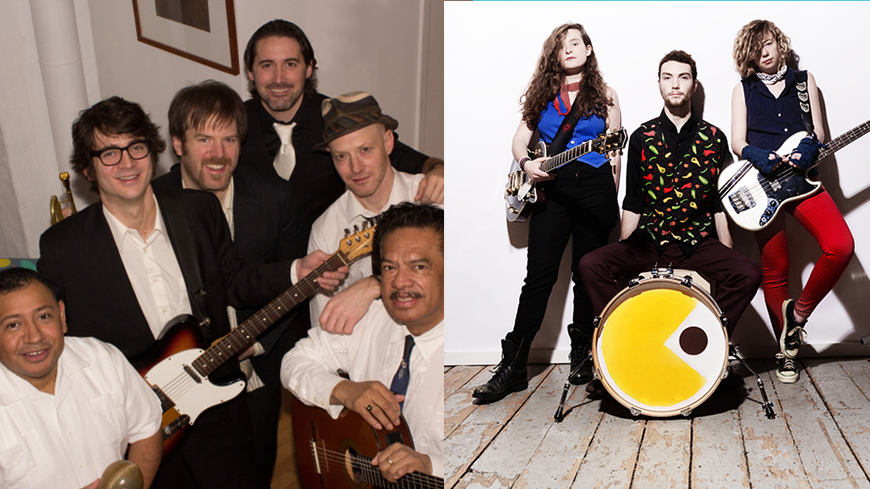 Billboard's Breakout Band at SXSW 2015, Huffington Post’s Sweet Sixteen of 2016 and Yahoo Music’s Top Ten Bands to Watch 2017; these are just some of the accolades under The Accidentals' belt. From 2012-2014, The Accidentals recorded three original albums, were guest artists on fifteen others, scored two films, and landed song placements in commercials, documentaries, and music compilations while playing over 700 live shows.

In 2015, they scored original pieces for a 72-piece orchestra, an opera-dance project with Son Lux, and a smaller 30-piece string ensemble while touring the US extensively. In 2016, they released a self-produced EP titled Parking Lot, from which the single “Michigan and Again” went viral. They’re kicking off 2017 as major label artists, having signed a record deal with Sony Masterworks to release a full-length album in the second quarter of the year.

Radio Free Honduras is a diverse collective of Chicago musicians, all united under one goal—supporting the artistry of Charlie Baran and bringing this tremendous talent into the spotlight where it belongs. Founded by Dan Abu-Absi, longtime guitarist for JT and the Clouds and Birds of Chicago, Radio Free Honduras plays mostly Baran originals, but their live shows often feature a variety of reimagined cover songs. This revolving collective of some of Chicago’s most talented musicians; lively percussion, eclectic instrumentation, and rich harmonies all provide the backdrop, allowing Charlie to do what he does best…stunning guitar work, tapping into what seems a limitless supply of energy and enthusiasm for music.

Charlie Baran has lived a life of music. Before moving the United States he was a founding member of the legendary Honduran musical group Banda Blanca, whose song “Sopa de Caracol” became the #1 Billboard Top Latin Songs hit in 1992. Now a maintenance man at a Catholic grade school by day, Charlie has kept his musical flame glowing largely through acoustic solo performances around the Chicago for the past ten years.