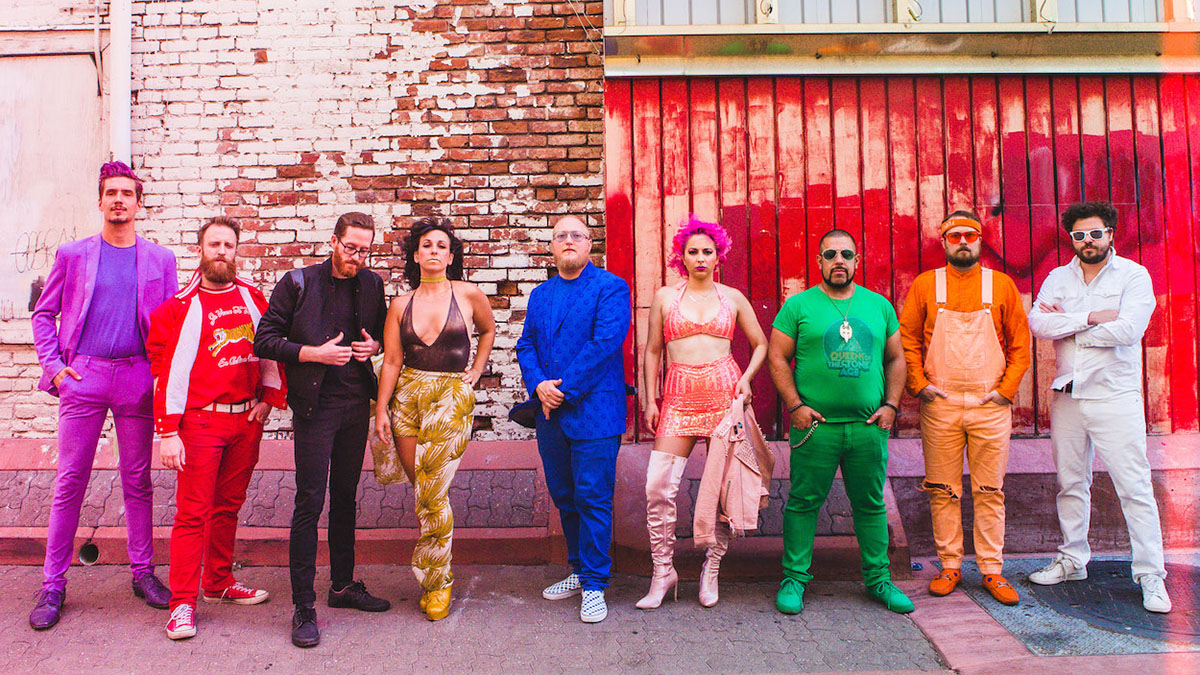 With their intoxicating grooves, electrifying horns and spirited guitars, the nine members of Brooklyn-based funk group Turkuaz create a driving, irresistible soundscape that makes audiences want to keep dancing. Formed in 2011, this supercharged nonet has put out five studio albums, building a devoted following with their joyful, high-energy live shows. The band’s three official live releases only hint at the extent of their touring; they have fired up crowds at famous venues like San Francisco’s Fillmore and Colorado’s Red Rocks Amphitheatre and at music festivals from coast to coast. Named after the Turkish word for “turquoise,” Turkuaz actually takes the stage outfitted in a rainbow of colors, reflecting each member’s unique personality. The band’s charismatic male and female members each contribute to a palette of sound that mixes shades of funk, R&B, rock ’n’ roll, new wave and psychedelia. “You can come to our shows, let go, exist, and have a good time in spite of what may be going on outside,” explains male vocalist Dave Brandwein on the band’s website. “That’s what music does for us. We want to share that.”

Though every live show is memorable for the band, its performance at Tennessee’s Bonnaroo Music and Arts Festival in 2017 was a breakthrough, garnering it a spot in Entertainment Weekly’s highlights roundup. Turkuaz’s latest album, “Life in the City,” came out in late 2018 and explores some darker themes while still staying true to the band’s upbeat reputation. Talking Heads keyboardist and guitarist Jerry Harrison even produced one of its tracks—a fitting collaboration since the Talking Heads concert film Stop Making Sense helped inspire Turkuaz’s distinctive sound.