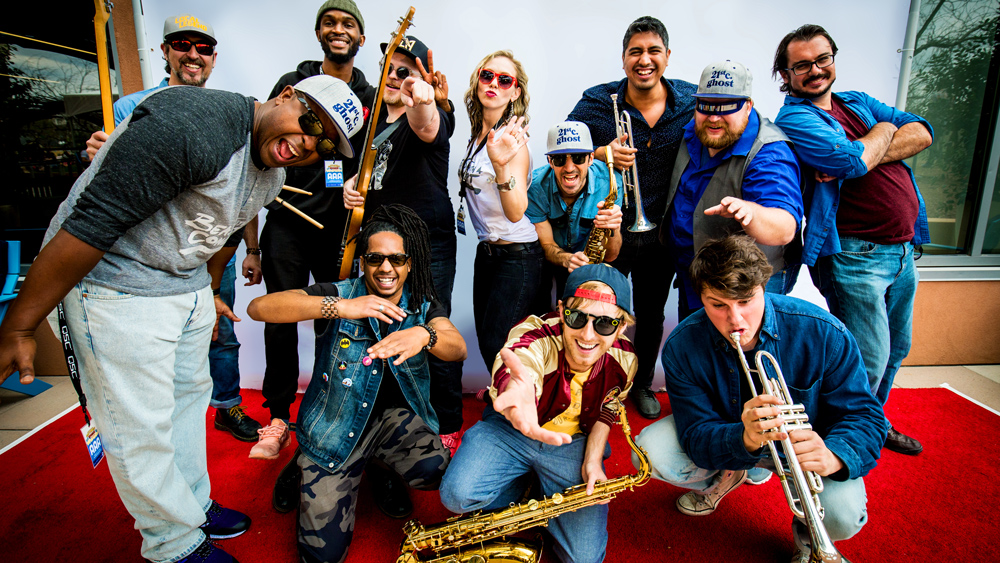 Genre-defying powerhouse group The Urban Renewal Project is blurring the lines between soul, jazz and hip-hop with a dynamic singer, a soulful rapper and a vivacious 1910’s style big band performing a combination of upbeat originals and fresh interpretations of everything from jazz standards to today’s hit tunes. The 15-person group incorporates vibrant vocals, a multi-faceted horn section, fiery guitar riffs and propulsive bass and drums to create funky groove-based music that gets listeners boogieing along with them. The Urban Renewal Project’s bandleader and saxophonist R.W. Enoch’s love of music theory and composition allowed him to see the similarities between the seemingly disparate genres of jazz, big-band, hip-hop, pop, rock ‘n’ roll and soul, and inspired him to construct a band that celebrates their harmonious blend. Accented by the rich vocals of singer Aubrey Logan and freestyle rapper Elmer Demond, The Urban Renewal Projects’ infectious grooves and larger than life sound has something to offer concertgoers of all walks of life.

Since 2010, The Urban Renewal Project has performed at high-profile venues including the House of Blues in Los Angeles, the Mint, The Baked Potato and Savannah Jazz in San Francisco and Rockwood Music Hall in New York City. The group’s 2012 debut album Go Big or Go Home received praise from outlets including The Seattle Post-Intelligencer and All About Jazz and received airplay on the taste making radio stations Santa Monica, Calif.,-based KCRW and Chicago-based WDCB. Their latest album, 21st Century Ghost released 2017, was met with critical acclaim from numerous high-profile publications, including a feature in LA Weekly in which they were named “Literally L.A.’s Biggest Hip-Hop Band.”