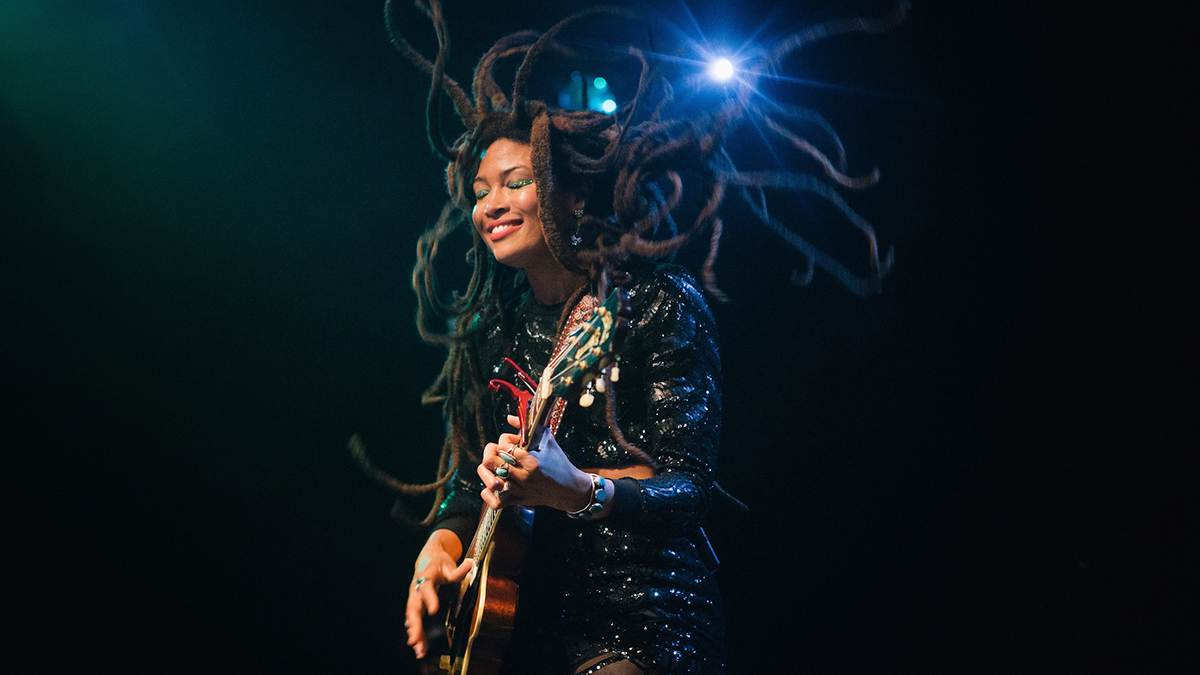 Contemplative lyrics and a distinctive delivery instantly reel audiences into Americana artist Valerie June’s unique blend of blues, gospel and Appalachian folk, a heady mix that’s been described as “organic moonshine roots music.” June began performing at the age of 19 in Memphis, originally with her husband as part of the duo Bella Sun. After her marriage ended, she learned guitar and banjo and self-released three albums, working odd jobs to make ends meet. Finally, in 2013, June released her first album as a signed artist, Pushin’ Against a Stone, to widespread acclaim. Rolling Stone included it on its “50 Best Albums of 2013” list. The New Yorker hailed her “unique, stunning voice,” which has a folksy, roots quality. This in combination with her skilled musicianship and arresting lyrics leaves live audiences spellbound. Her most recent album, The Order of Time, came out in 2017.

Since her dramatic breakout success in 2013, June has toured with artists including Sharon Jones & The Dap Kings and Norah Jones and played numerous festivals such as Bonnaroo, Outside Lands, Newport Folk and Mountain Jam. Her TV appearances include The Tonight Show, The Late Show and Austin City Limits. June has had the honor of performing at Carnegie Hall and the Kennedy Center, and in 2016 former First Lady Michelle Obama invited her to share her talents with disadvantaged students through the White House Turnaround Arts Talent Show.