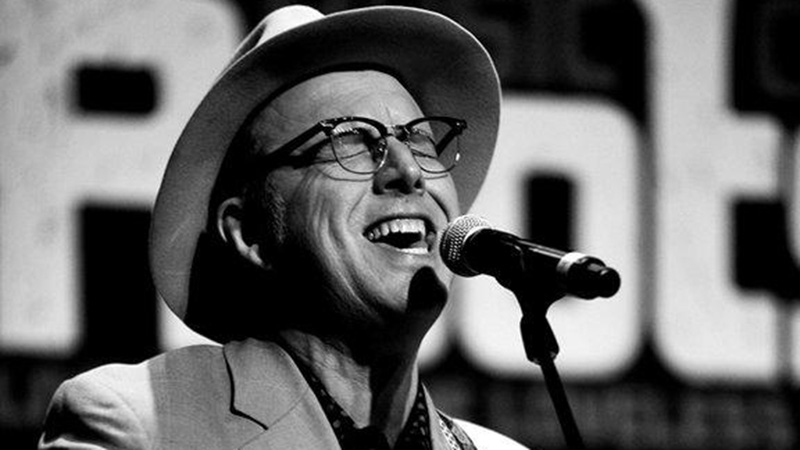 Nashville born and bred Webb Wilder is known for his signature brand of Mid-Atlantic rock ‘n’ roll, fusing country, blues and soul for an electrifying live performance. A native of Hattiesburg, Miss., and a member of the Mississippi Music Hall of Fame, Webb Wilder has been a veteran of the Nashville scene thanks to his signature brand of Mid-Atlantic rock ‘n’ roll––combining the best of British blues and American rock ‘n’ roll for a larger-than-life sound. Originally a member of The Beatnecks in the mid ‘80s, Wilder played guitar and sang on their debut album It Came From Nashville, recently named by Paste Magazine as one of the 50 Best Southern Rock Albums Of All Time. Wilder’s subsequent output as part of The Beatnecks, a solo artist and numerous other projects have, since then, become blueprints for roots rock bands nationwide. Wilder’s music is classic rock ‘n’ roll through and through––a hard-hitting, raw sound that paved the way for modern bands like Jack White, The Black Keys and more.

Wilder’s theatrical stage presence and electrifying live shows have been lauded by critics and audiences far and wide––The Associated Press described his shows as “a glorious amalgamation of grunge chords, killer grooves, a healthy sense of humor and great pop melodies.” According to Gibson Guitar magazine, Wilder’s music carries “a sense of fun and imagination often lacking among his peers." Webb’s engaging personality led him to become one of America’s first Satellite DJs on XM Radio, hosting a country station between the mid ‘90s and 2005. He’s now the host of the Americana Countdown show on WMOT radio/Nashville as well as continuing his three decade career as an Electrifying Artist on stages worldwide. His most recent album, 2018’s Powerful Stuff, witnesses Webb Wilder continue his steadfast journey through the blues, with No Depression Magazine commenting, “This is what rock and roll is about. Rock on Webb, rock on.”